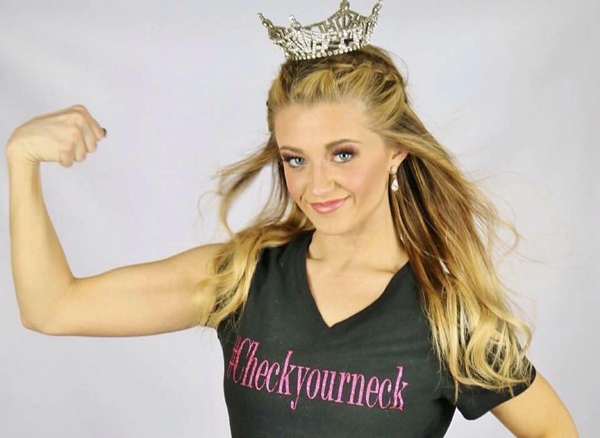 Shelby Morgan of Lincoln County will compete in the Miss Kentucky Scholarship Pageant in June.

Morgan was crowned Miss Danville at Danville High School’s Gravely Hall on Jan. 27, receiving over $25K in In-Kind and cash scholarships. The Miss Danville pageant is a preliminary for the Miss Kentucky pageant in the Miss America Scholarship organization.

The Miss Kentucky pageant is June 28-30 at the Singletary Center for the Arts on the campus of the University of Kentucky. The Miss Kentucky winner will then advance to the Miss America pageant held in Atlantic City, New Jersey in September.

Morgan and all the Miss Danville participants were evaluated in five categories. Talent made up 30 percent of each participants’ score, a private interview was weighted at 25 percent, an on-stage question was 20 percent of their score, evening wear accounted for 15 percent and lifestyle and fitness in swimsuit made up the last 10 percent.

In addition to being named the overall winner, Morgan was also named as the recipient of the Community Service Award for her “Check Your Neck” platform, which is to raise thyroid cancer awareness.

On April 20, 2016, Morgan’s life changed forever when she was diagnosed with papillary thyroid carcinoma. She had a thyroidectomy a month after the diagnosis that left her with a scar across her neck. Some people told her that the scar would be a harsh reminder of her illness, however, she saw it as her battle scar and a reminder that she is a warrior who fought and conquered cancer and is stronger than ever. From the moment she was diagnosed, Morgan knew she had to share her story in hopes of inspiring and encouraging at least one person. To get her message across she posted a video and it was shared over 135 times, reaching over 9.8K views in less than 24 hours.

As a result, Morgan started an online campaign which encouraged people to share their selfies with the hashtag, “Check Your Neck,” to raise awareness for thyroid cancer and to urge people to have regular checkups and health screenings, as early detection is a key to battling any cancer. Morgan then decided to create t-shirts with the “Check Your Neck” slogan on it and she sold and donated the proceeds to the Children’s Miracle Network.

“It has been incredible to see people in my community wearing these shirts, knowing they are raising awareness and supporting me simultaneously,” Morgan said. “This was another reminder that this platform has the power to inspire, encourage and influence others to raise awareness for this disease and promote early detection.”

Stanford resident William Stafford published his first book on Amazon.com. His book, Adam Smith and the Tower of Justice, is... read more