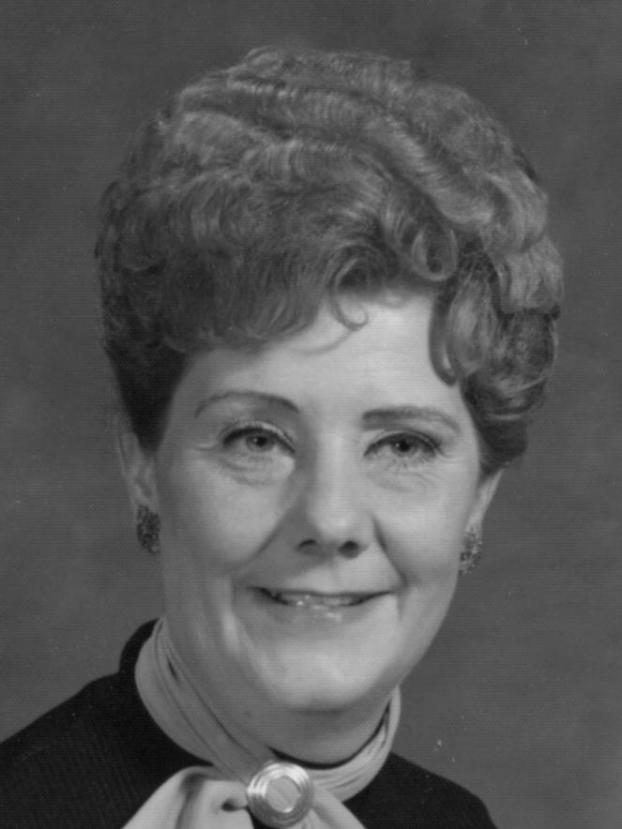 Ethelene Johnson (nee Jenkins), of West Chester, a woman who never met a stranger, went home to be with her heavenly family on March 3, 2021. She was born to William H. and Myrtle (nee Sims) Jenkins in Kings Mountain, Kentucky on March 23, 1927. She was married to the love of her life, Wilbur Johnson, who spoiled her relentlessly for 68 years until his death in 2009. Ethelene was 93 at the time of her passing. Ethelene worked for Kroger for over 30 years. She loved people, enjoyed life, and made a party out of anything. She always found ways to make others smile and to create fond memories for her family and friends, whom she loved with her whole heart. She was very proud of the five generations of her family and especially enjoyed little children. She loved hosting her family and used her cooking skills to celebrate them at every opportunity and worried about them whenever the weather turned bad. She was terrible at keeping secrets, especially concerning the location of any candy hidden from the grandkids. She spent many years going to the Grand Ole Opry, wintering in Florida, and enjoying retirement in the sunshine by the pool. To the delight of the girls in the family, Ethelene loved all things pretty, pink, and shiny, like roses and jewelry. She was always singing or listening to music. Her favorites were good old country, Marty Robbins, Elvis’s gospel, and performances by the children in her family. When she and her husband were young, her husband would often sing to her their song, ‘You Are My Sunshine.’ When she was ill, her great-grandchildren, Molly and Sam, sang that same song to her over and over. Ethelene believed in Jesus’ love, and she taught the little ones to sing ‘Jesus Loves Me.’ Ethelene’s faith and hope kept her loving and caring for others throughout her long illness. She was an amateur photographer who captured thousands of pictures of her family and friends and produced nearly one hundred albums and scrapbooks. She passed her love for photos to her grandson, who launched Masterworks Photography. Ethelene was preceded in death by her parents: William and Myrtle Jenkins; her husband, Wilbur A. Johnson; and four siblings: Geneva Hughes, Ottis Jenkins, Mae Todd, and Evelyn Terry.
Ethelene is survived by her younger brother Bill (Sue) Jenkins, two loving daughters: Brenda (George) Paxton and Janet (James) Evers; six grandchildren: Rob (Michelle) Wermuth, Jon (Amanda) Wermuth, Heather (Paul) Couch, Andrea (Jamie) Lipp, Gretchen (Mark) Knode, and Erika (Pat) Holubetz; nineteen great-grandchildren: Ryan (Elizabeth) Paxton, Brendan Paxton, Christian Walker, Robert (Ashley) Wermuth, Matthew (Jazmine) Couch, Michael Wermuth, Allison Lipp, Grady Lipp, Jacob Wermuth, Brandon Knode, Zoey Knode, Jay Holubetz, Patrick Holubetz, John Luke Couch, Molly Wermuth, Sarah Couch, Sam Wermuth, Benjamin Knode, and Alex Wermuth; one great-great-grandson: Chance Wermuth, and one more on-the-way. Ethelene is also survived by her many nieces and nephews. Mamaw, You are our Sunshine! We love you and miss you terribly. Mueller Funeral Home is honored to serve the Johnson Family. 513-398-9100