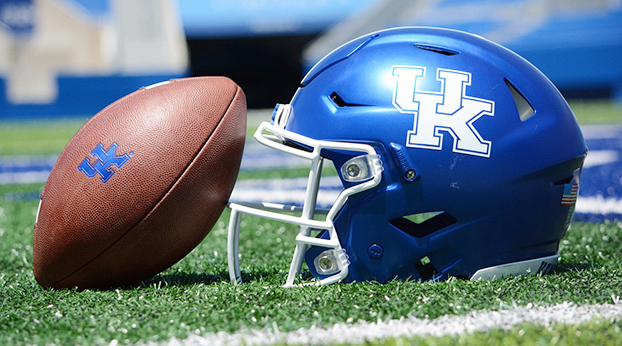 Young receivers could contribute for UK next season

Two freshmen receivers who might find a way to help UK’s offense next season are Christian Lewis of Alabama and Chauncey Magwood of Georgia were both recruited by assistant coach Jon Sumrall. Magwood enrolled early and went through spring practice while Lewis will be on campus in June.

“They are both different. Christian is about 6 3 1/2 and longer. He is a play the ball in the air guy,” Sumrall said. “He will get better as he develops more strength.

“He was a really good high school basketball player. When he was A sophomore coming off an injury, we were his first SEC offer. We were fortunate to get him on board and hold on when the big boys of the SEC tried to flip him. He’s also a great student.”

Lewis had 70 catches for 1,235 yards and 18 touchdowns his senior season and helped Pleasant Grove win back-to-back Class 5A state titles. He has six catches for 111 yards and two scores in the 2020 title game. Lewis, a four-star recruit, also had 75 catches for 1,398 yards and 20 touchdowns as a junior. He picked UK over Texas A&M, Mississippi, and Notre Dame.

He caught 53 passes for 700 yards and 10 scores as a junior after making 68 catches for 958 yards and seven touchdowns his sophomore season. He picked UK over Arkansas, Florida State, Louisville, Nebraska, and South Carolina.

“At some programs, it might not be a big deal to start every game in high school but it is really a big deal at that school,” Sumrall said. “His team won a state championship when he was a freshman. He played in three state title games.

“He has great short-area quickness. He knows how to get a defensive back off balance and is a great route runner. He just has an edge about him, a kid of football moxie that you just can’t make up.”

Little things can make a big difference in recruiting. Still, I cannot remember having a graduate assistant coach play a... read more