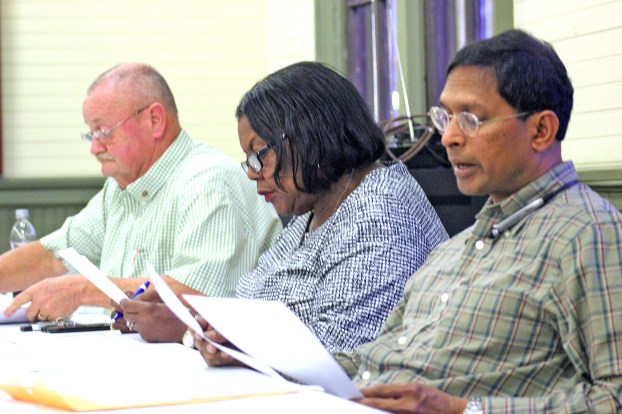 STANFORD — The city accepted a bid to complete a trail behind the L&N Depot T — with grant funding covering part of the cost — but the vote was not unanimous.

City Council members voted 4 to 2 during the Nov. 1 meeting, to accept a $20,000 bid from Tony Morgan, of K&T Concrete, to complete a walking trail from behind the L&N Depot to Danville Avenue.

According to Mayor Eddie Carter, the city was awarded a grant through the Department of Local Government, which will cover $8,000 of the total cost. Stanford will match the $8,000 and cover the additional $4,000 needed to complete the project. 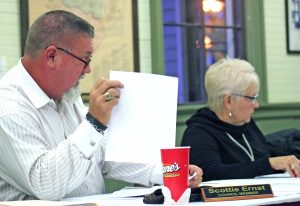 The project was originally bid as an eight-foot-wide asphalt walking trail but Carter said after the bids were received, and all were well above the estimated budget, the project was reduced to a six-foot-wide trail and considered the option of using concrete, rather than asphalt.

Engineer Luther Galloway spoke to council members about the changes, saying the cost for asphalt was actually higher than it would be if the city chose to use concrete.

Galloway said the timing of the project is likely the reason for the higher cost for asphalt, as most contractors have already scheduled projects for the rest of the year and would have to work the trail in at the last minute before the winter weather season.

Council members expressed concern over spending money on a trail when so many city residents have complained about sidewalks across the city that are in need of repair.

“Obviously sidewalks have been a big issue for all of us…,” said Council Member Ronnie Deatherage. “I would go along with this motion if you tack on there that next year we set aside $12,000 for sidewalk improvements throughout the city.”

Council member Naren James said that would be obligating the next elected city council.

The vote to accept the bid and move forward with the trail project was 4 to 2, with Council members Peggy Hester and Scottie Ernst voting against it.

During the roll call vote Deatherage said, “Yes, but I will be making a motion next year to put $12,000 in the budget for sidewalks, if I’m back on here.”

Interim Council member Bob Swett voted in favor of the motion but said he agreed with Deatherage’s comments.

In other business, the council:

• Heard a quarterly budget report from Certified Public Accountant Craig Butler. Butler recommended the council set a reasonable goal for a contingency fund that can be accomplished over the next few years.

• Heard an update from Mayor Eddie Carter, who said the previously approved four police cruisers have been ordered.

• Heard from Carter that John Hackley has been appointed as the City Attorney for the remainder of Carter’s term.

Correll joins the ranks of Kentucky’s most successful entrepreneurs