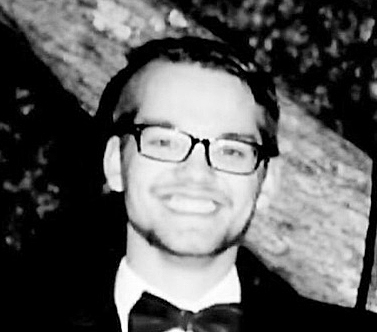 Christopher Nelson Guillen, 17, of Eubank, passed from this life on Friday, September 20, 2019.

Born in Danville on February 18, 2002, Christopher was the son of Jennifer Rose (Nelson) York and David Gene York II of Eubank and Jonathan McAfee of Lexington. He was a senior in high school and had recently enlisted in the U.S. Army.

He is survived by his parents; two brothers, Richard Logan Camel (Sara) of California and Jonathan McAfee of North Carolina; two sisters, Adrian Nicole Guillen of Eubank and Alexis Morgan Emerson of Tennessee; a maternal grandfather, Leon Turpin, Jr. of Nicholasville; a maternal grandmother, A. Darlene (Keith) Nelson Merriman of Harrodsburg; a paternal grandmother, Vickie York of Stanford; a great-grandfather, James Hubert Nelson; and many special aunts, uncles and cousins.

Funeral services will be held at 2 p.m. Friday, September 27, 2019 at the chapel of Alexander & Royalty Funeral Home in Harrodsburg with Bro. Scott Hughes officiating. Burial will be in Peters Cemetery in Mackville, Kentucky.

Morris & Hislope Funeral Home is in charge of the arrangements. Condolences may be expressed to the family at www.morrisandhislope.com