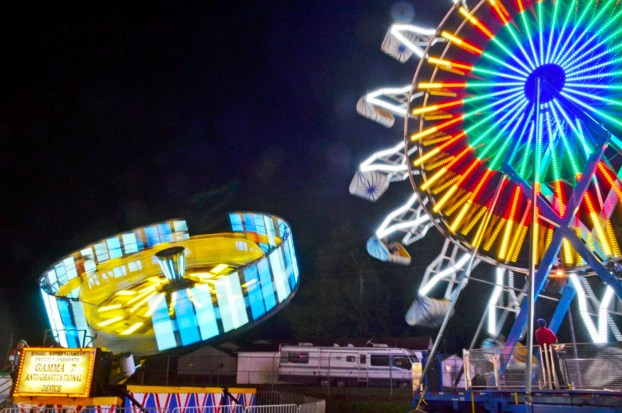 Rides like these will not be making their way to Lincoln County this year, as the 2020 Lincoln County Fair was officially cancelled Tuesday morning. (IJ File Photo)

Due to the COVID-19 outbreak, there will be no week-long fun of funnel cakes and carnival rides as the Lincoln County Fair Board announced the summer event has been cancelled.

“I think it’s the right call,” he said. “It’s scheduled the last week of June, first few days of July, which falls right into the kind of in between territory.”

Adams said the board may offer some events later in the year.

“They may have some events later in the year, some of the track events, if permissible,” he said. “One of the reasons I think they cancelled was their volunteers, there’s quite a few of them that are my age and older and have some conditions that aren’t the best.”

The concession stands would also have to be spaced and meet state guidelines. Adams said the number of people coming from so many areas would be difficult to safely manage.

“There would’ve been large crowds of people from everywhere and the majority of people would not have taken care of themselves before and/or during the fair,” Adams said. “I think they did the right thing. Let’s hope they can make a little money this fall.”

Adams said he appreciates the board’s decision and realizes it was a hard one to make.