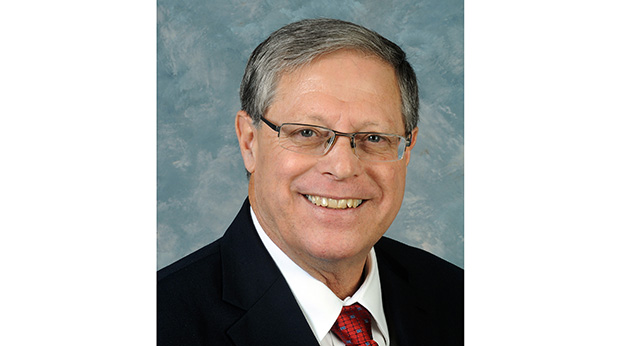 Rick Girdler has served one term in the state senate, representing the 15th district which consists of Boyle, Lincoln, and Pulaski counties.

Girdler is seeking reelection this year, and the Pulaski County native hopes that voters will look at his conservative record and send him back to Frankfort for another term.

“I believe I’ve done everything that conservatives feel like needs to be done,” Girdler said. “That’s not because I always do what they ask, but I do what I believe.”

Girdler faces a fellow Republican challenger in the primary election in another Pulaski County native, Larry Nichols, but with no Democrat on the ballot for the November general election, the primary will determine who will represent the 15th district in the state senate for the next four years.

Girdler said voters in Boyle, Lincoln, and Pulaski counties have been very receptive to his message and reelection campaign, despite this campaign looking much different than a traditional political campaign due to restrictions on large crowd gatherings because of COVID-19.

“With Boyle and Lincoln counties not being my home county, they’ve actually gone above and beyond,” Girdler said. “They’ve been asking what they can do to help me and to help me get reelected.”

Girdler said that during his first term, he went in and began work right away on what he knew best, which was insurance. He passed a bill that raised the minimum liability insurance without a cost increase for customers. He also worked on a bill that clarified price gouging statutes in Kentucky.

Girdler also said he was really proud of his work on the issue of abortion in Kentucky. Girdler noted that he is very much against abortion.

“We’ve enacted legislation on that issue,” Girdler said. “ I know some people have different opinions on that, but my opinion is there is no way I would want any part of that.”

Girdler said he was also particularly proud of fighting against budget cuts to Family Resource and Youth Services Centers in Kentucky schools.

“Myself and a couple other senators fought like crazy to make sure they kept that in because they help so many kids and families,” Girdler said. “I’m really proud of that.”

Girdler said that if he were reelected, he along with some other legislators would want to look at processes and procedures for state of emergency declarations, particularly providing more authority for the legislature and allowing legislators to call themselves back in for a special session.

Under the Kentucky Constitution, only the governor can call the state legislature in for a special session, and the governor also creates the agenda for what the legislature will discuss and possibly act upon.

Girdler said he and other legislators want to study that and possibly look at amending that clause. There are potential options out there of what could be done, but Girdler said it will take some time to study those options and examine the possibilities.

This stems from some recent angst regarding the state of emergency declaration from Kentucky Gov. Andy Beshear regarding the COVID-19 pandemic.

Girdler said that Kentucky has been under a state of emergency for nearly three months and “there are a lot of upset people out there.”

“I take calls every day, and I mean every day, of people wanting to know where their unemployment is at,” Girdler said.

He said that he tries to help whenever possible, but recently, he hasn’t been able to and said it is difficult to tell his constituents that there isn’t anything that he can do to assist with the issue. He said he has heard from many frustrated and upset constituents during this time regarding unemployment issues and other frustrations regarding the pandemic.

Girdler said there are also some insurance-related laws he wants to look at if he is reelected to a second term, but did not want to provide too many details about the specifics at this time.

Girdler said he is thankful for the support and everyone who has reached out to him during the campaign and hopes to represent the 15th district for another four years.

“I really believe I have the best district in the state,” Girdler said. “I hope they choose to put me back.”

State school-bus guidance no longer includes social distancing; compliance with plan for masks is expected to be a battle