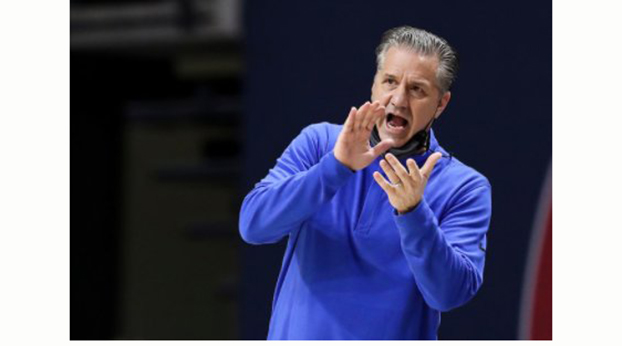 Keion Brooks isn’t ready to give up on the season.

Although Kentucky’s only hope of reaching the NCAA Tournament hinges on winning four straight games in the Southeastern Conference Tournament next week, Brooks said the team’s work ethic will be a valuable tool when it comes to reaching that feat.

“They wanted it more than us at the end of the day, said Brooks, who finished with 16 points in the loss to the Rebels. “They were more physical at the point of attack, kind of knocking us out of the way a little bit. It just came down to us against you, who’s going to get the ball. And they got a majority of them, if not all of them.”

Calipari said Mississippi was simply determined to end the skid.

“Everybody takes Kentucky personal. Do you know what our record is against Mississippi? Everybody plays us and is going to give us their best, which is what prepares us for postseason play,” Calipari said. “We’ve been in 10 conference tournaments in my time here. We’ve been in the finals eight of 10 years. We’ve won it for six years. Why is that? Well, it’s because the season prepares us for postseason. No different this year if we’re in the right frame of mind.”

Much like Brooks, Calipari is confident the Wildcats can regroup and finish the season on a high note.

“(We’re) just (trying) to continue to try and get these guys in the right frame of mind and understand the opportunity ahead of us,” Calipari said. “You gotta stay in the moment. You can’t worry about four games.  How do I get these guys motivated and in the right frame of mind? If you’re trying to win four straight games? Can’t do it. But you can win one game four times. You can do that and that’s what we’re going to be focused on.”

During his weekly radio show earlier this week, Calipari said the Wildcats are capable of making a run similar to Connecticut’s memorable championship finish in 2011. The Huskies won five straight games to win the Big East Tournament before the national title.